A special meeting was held in Colombo on November 26 to talk about refugees.

The focus was on the repatriation of Sri Lankan refugees from India. The Deputy High Commissioner informed the Minister of Fisheries of the facilities to be provided to Sri Lankans to be brought from India.

Travel arrangements for Sri Lankans to be taken care of will be provided free of charge by the Government of Sri Lanka.

Arrangements have been made to provide Rs. 30,000 per family in the first phase for the expenses of those brought to Sri Lanka.

Steps have been taken to resettle the displaced people in their original lands and to install houses on these lands with the participation of international private companies. 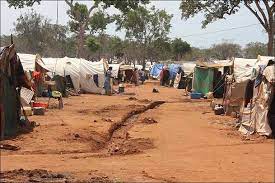 Response from the Sri Lankan Organization for Refugees in India

The Sri Lanka Ethel Rehabilitation Association said most Sri Lankan refugees in India have expressed a desire to return to their countries of origin if India and Sri Lanka sign a joint refugee agreement.

Sri Lankan refugees, who have lived in India for around 30 years, want the agreement to say that they should be offered assistance by the Indian government when they return home. The agreement also stipulates that the ration distribution system in India should be extended to Sri Lanka for a specified period.

In addition, the agreement must confirm the restitution of occupied land or the granting of new land.

Sri Lankan refugees demand that the housing program provided by the Indian government be included in the deal. It is required that employment be guaranteed.

He also noted that at a time when the Sri Lankan economy is severely affected, there is little fear of Indian refugees arriving in Sri Lanka. 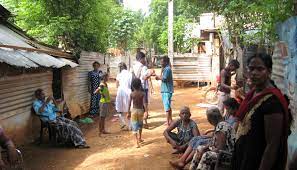 Likewise, he said, the refugees were urging the government to take measures to ensure that any family member of the refugees living with their family first returned home and that their livelihoods and The environment in which they lived be made easier to move their families.

According to the Sri Lanka Athlete Rehabilitation Association, currently 4000 people have agreed to travel to Sri Lanka.

He says most of the refugees from the interior of the country do not want to return to the country and are asking to be granted Indian citizenship.